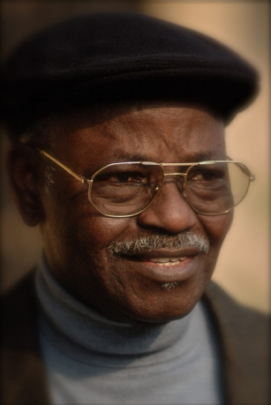 The LGK Foundation was established in 2020 by Chief (Mrs) Edith Olusola Animashawun, in memory of her late husband, Chief Abdul Gaffar Omokayode Animashawun. More commonly known as ‘Lucky G. K.’, Chief Animashawun was a son of Lagos, and a highly respected lawyer and businessman. A great philanthropist, he had an immense love for his country, and a belief in the potential of its people to lift themselves out of poverty and set themselves on the path of a sustainable economic development. His whole life, he worked tirelessly to that end.

The dedication of Chief Animashawun to the economic empowerment of the less fortunate is why support of a durable and broad-based economic development in Africa is central to the mission of the LGK Foundation. The ultimate goal: to provide opportunities to the people of Nigeria, and of the Continent more generally, to have access to opportunities for jobs and income and thus, to a dignified life.

Central to the creation of economic development and the opportunities that accompany that is the development of a strong manufacturing sector. As a 2019 report by the African Development Bank made clear, creating a strong industrial base, “lifts productivity by introducing new equipment and new techniques, increases the capabilities of the workforce, and diffuses these improvements into the wider economy.” Turning raw materials into finished products also allows countries to capture a much higher proportion of the value addition to those raw materials, and to substitute for imports by buying their own manufactured goods.

According to the World Economic Forum, Africa’s share of global manufacturing has fallen from about 3% in 1970 to less than 2% in the mid-2010s, and manufacturing output per person is about a third of the average for all developing countries. This has had a huge impact on income levels for the people of Africa. Indeed, World Bank figures show that, while income levels in the rest of the world more than trebled, from just under USD 6000 to USD 18,000 per annum between 1960 and 2015, average income levels for people in Africa rose by a mere 60%, from around USD 3000 to USD 5000 per annum.

Why this disparity? Part of the reason lies in the tariff regimes imposed by many developed countries which, while placing low or even 0% tariffs on the importation of raw products, impose much higher duties on processed or manufactured goods. Known as “tariff escalation”, this practice is common in international commodity trade. The result is that the potential possibility of value-added on imported raw products is higher and thus more attractive, decreasing the demand for the importation of processed products, where the profit margin would be significantly lower. Through tariff escalation, one country can effectively protect its domestic processing industries while limiting the scope of trade-related industrialization in foreign countries. According to a paper published by Cornell University, “tariff escalation significantly impedes market access for developing countries, particularly in agricultural trade. Higher tariffs for more processed agricultural products have the potential to depress value-added activities and obstruct export diversification in agricultural exporting countries.”

The LGK Foundation has no ambition to alter the tariff regimes of countries of the global north. What it can do, however, is to work on the other half of the equation that has led to the decline of African manufacturing by helping to put in place the building blocks that are required to create manufacturing sectors that would be capable of competing on the world stage. The Foundation chooses to do this through the creative and cultural industries, because the Continent has great skill there. By focusing on issues like skills development, developing linkages between companies operating in the same sector, and giving African creative and cultural businesses access to world-leading experts and distribution channels, the LGK Foundation hopes to play its role in building African industry from the ground up.